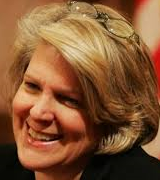 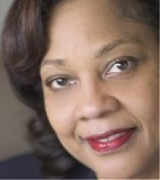 Former Cleveland Mayor Jane L. Campbell and veteran Wall Street Journal journalist Constance Mitchell Ford have joined the Board of Directors of the Lincoln Institute of Land Policy.
“We welcome Jane Campbell and applaud her distinguished record of public service at the local, state, and federal level, which will be an asset to the Lincoln Institute as we work to promote fiscally healthy communities” said Kathryn J. Lincoln, chair and chief investment officer for the Lincoln Institute.  “Similarly, as we communicate the importance of land policy to a wide audience, we are grateful for Constance Mitchell Ford’s excellence in financial journalism and her ability to disentangle complex financial subjects.”
Having served as mayor of Cleveland from 2002-06, the first woman to hold that office, Campbell is the director of the newly established Washington Office of the National Development Council (NDC). In this role, she brings the expertise of NDC’s forty years of experience bringing capital to underserved communities – both urban and rural – into the federal public policy debate.
Previously, as staff director under Senator Maria Cantwell and Senator Mary Landrieu, she served the Senate Committee on Small Business and Entrepreneurship, leading the committee’s work on access to capital and women’s entrepreneurship, federal contracting opportunities, business counseling, and engagement in international trade. From 2009-13, Campbell served as chief of staff for Landrieu, leading efforts in coastal restoration and rebuilding after both Hurricane Katrina and the Gulf oil spill.
Campbell’s public service career has also included five years as county commissioner for Ohio’s largest county and six terms in the Ohio House of Representatives. Her public service focused on economic development, fiscal stability, child welfare, and health and human services policy. After successfully helping to implement welfare reform, Campbell was honored as Governing Magazine’s Public Official of the Year in 2000. She has also served as president of the National Conference of State Legislatures.
After nearly three decades as an editor and reporter at The Wall Street Journal, Constance Mitchell Ford recently joined the faculty of the Philip Merrill College of Journalism at the University of Maryland, College Park, where she will teach business and economics reporting.
During her time at the Journal, Mitchell Ford led coverage of economics, banking, investing and real estate, most recently as the global real estate and property bureau chief. Among her many honors, she received a Scripps Howard Foundation award for her stories about the subprime mortgage crisis. She also served on the ERISA committee for Dow Jones & Co., the parent company of The Wall Street Journal. The committee made investment decisions for Dow Jones employee 401K and other retirement plans.
Mitchell Ford has been invited to speak about the economy and real estate at numerous national and international events, including the World Economic Forum in Davos, Switzerland; The Global Interdependence Center Conference in Dublin, Ireland; The International Festival of Arts & Ideas in New Haven, Connecticut; and the Global Summit of Women in Seoul, Korea, among others. She received a B.S. degree in Journalism from the University of Maryland and a M.A. in Economics from the State University of New York at Stony Brook.
The other members of the Lincoln Institute board include former Interior secretary and Arizona governor Bruce Babbitt; Roy Bahl, Regents Professor of Economics, Emeritus, at Georgia State University; Carolina Barco, former ambassador of Colombia to the United States; Mimi Brown, former commissioner of Rating and Valuation for the Government of Hong Kong; Raphael Bostic, director of the Bedrosian Center on Governance and the Public Enterprise at the University of Southern California; Anthony Coyne, president of Mansour, Gavin, LPA in Cleveland; former US Secretary of Transportation Ray LaHood, co-chair of Building America’s Future; George W. McCarthy, president and CEO of the Lincoln Institute of Land Policy; Bruce Lincoln, president of Innervizion Surf Company in Chandler, Arizona; David C. Lincoln, president of VIKA Corp. and chairman of the Lincoln Laser Company; John G. Lincoln III, former senior engineer at CH2M-Hill in Boise, Idaho; Johannes F. Linn, a resident senior scholar at the Emerging Markets Forum in Washington, D.C.; Thomas Nechyba, professor of economics and public policy studies at Duke University; and Jill Schurtz, Executive Director, St. Paul Teachers’ Retirement Fund Association, in St. Paul, Minnesota.

Town managers, mayors, council members, and other municipal officials from all six New England states gathered this month at the Lincoln Institute to review the region’s economic outlook, learn from the fiscal challenges of San Bernardino and Baltimore, explore Boston’s fiscal and economic development initiatives and delve into the promises and risks of technology.
The seminar, Critical Issues for the Fiscal Health of New England Cities and Towns, is part of the Lincoln Institute’s effort to promote municipal fiscal health, and was co-sponsored by the New England Public Policy Center of the Federal Reserve Bank of Boston. The presentations can be viewed on the Lincoln Institute’s SlideShare page by clicking on the name of each speaker.
Robert Triest, vice president and director of the New England Public Policy Center, compared the economies of the New England states, reporting that growth is strongest in Massachusetts and weakest in Connecticut, Maine, and Rhode Island, where employment has not yet rebounded to its pre-recession peak. Christiana McFarland, research director for the National League of Cities (NLC), shared the results of the NLC’s latest survey of fiscal conditions, in which four times as many cities reported being better able to meet financial needs than those who reported being less able. Bo Zhao, senior economist at the New England Public Policy Center, reviewed research on the possibility of local option taxes, concluding that they could generate considerable additional revenue for New England cities and towns, but would not be likely to reduce fiscal disparities.
Michael Lawson, a researcher for the George Mason University Fiscal Sustainability Project, shared a fiscal comparison of Baltimore and San Bernardino, noting that the equalization of state aid and the presence of clear lines of executive authority in the city charter represent two factors among many in Baltimore’s more robust recovery. Peder Schaefer, associate director of the Rhode Island League of Cities and Towns, presented a case study of the city of Woonsocket, whose use of the Budget Commission Act helped the city reach fiscal solvency.
Ronald Rakow, Boston’s Commissioner of Assessing, argued that a heavy dependence on property tax revenues makes it essential for the city to be creative in both growing and preserving its property tax base. Lourdes Germán, fellow at the Lincoln Institute, followed with an overview of municipal access to capital markets for public projects, highlighting recent projects such as the City of Brockton’s clean renewable energy bonds. Richard England, visiting fellow at the Lincoln Institute, argued that the preferential tax assessment of rural land isn’t as effective for encouraging small farms as its enactors had hoped, and that reform is necessary to prevent misuse of this policy tool.
Finally, Adam Chapdelaine, town manager for Arlington, Mass. began a discussion of technology with a tour of Arlington’s award-winning fiscal transparency program. Marc Pfeiffer, assistant director and senior policy fellow at the Bloustein Local Government Research Center at Rutgers University, discussed the technology risks facing municipal officials, which extend beyond cyber security to financial, operational, and reputational risk.

A New Generation of Leadership for Land Trusts

In the face of climate change, growing legal complexity and other challenges, the next generation of land conservation leaders will need to be even more nimble and energetic than the pioneers who built the land trust movement over the past few decades, conservation consultant and former Land Trust Alliance President and CEO Jean Hocker said recently in a presentation at the Lincoln Institute.
In her talk, A New Generation of Leadership for Land Trusts, Hocker shared the results of a survey of two generations of land trust leaders – those who emerged during the early years of the land trust movement and those who are currently taking over as executive directors of many land trusts.
Despite many generational differences, she is confident that new land trust leaders are well equipped to lead their organizations and achieve success in private and civic land conservation.
“Over the years the unique culture has been the backbone of land trusts’ success,” she said. “It’s a culture of sharing, of respect for grassroots entrepreneurship, of ongoing learning and advancement, of producing tangible conservation results. With care, that culture will continue to foster success, even as land trusts and land conservation continue to evolve, and especially as new generations of leaders infuse the land trust movement with new energy, new skills, and ever-forward thinking.”
From 1987 to 2002, Hocker was President and CEO of the Land Trust Alliance, an organization launched by the Lincoln Institute in 1982. Now an independent organization based in Washington, D.C., the Alliance has grown to represent more than 1,100 land trusts in the United States. Hocker, now president of Conservation Service Company, LLC, is also the 2014 recipient of the Land Trust Alliance’s Kingsbury Browne Leadership Award and is a former Kingsbury Browne Fellow at the Lincoln Institute.
Click here to watch her lecture in its entirety.

Strengthening local economies, managing water resources, and planning for an uncertain future will be among the issues explored by the Lincoln Institute of Land Policy at the American Planning Association’s National Planning Conference in Phoenix April 2-5, 2016.
The Lincoln Institute’s forthcoming book Nature and Cities: The Ecological Imperative in Urban Design and Planning will also be previewed at a reception with editors Frederick R. Steiner, George F. Thompson, and Armando Carbonell, FAICP, senior fellow and chair of the department of Planning and Urban Form at the Lincoln Institute, from 5:30 to 7 p.m. Saturday, April 2. The book features essays by leading landscape architects, planners, and urban designers who are advancing the integration of nature more fully into cities.
Also making its debut at APA in Phoenix is a new book by senior fellow Joan Youngman, A Good Tax: Legal and Policy Issues for the Property Tax in the United States, underscoring the need for stability in funding local government, as part of the Lincoln Institute’s ongoing initiative to promote municipal fiscal health.
As part of a partnership with APA and Harvard University’s Graduate School of Design that brings planning directors from the nation’s largest cities to the Lincoln Institute each year, Armando Carbonell will moderate a panel, Big City Planning Directors on Innovation Districts for Economic Development, which will explore economic development issues discussed at the fall 2015 convening. The panel is from 9 to 10:15 a.m. Monday, April 4 and will include David Rouse, FAICP, American Planning Association; Donald Roe, city of St. Louis; Scott Andes; and Steven Schoeny (Room 128).
And as Western states continue to struggle with historic drought conditions, Peter Pollock, Manager of Western Programs for the Lincoln Institute, will moderate a panel, Water and Growth: Planning as if Water Matters, exploring the water-land use nexus, from 4:15 to 5:30 p.m. Monday, April 4. The panel will include Josh Ellis of the Metropolitan Planning Council in Chicago; Donald Elliott, FAICP, of Clarion Associates; and Jeffrey Allenby of the Chesapeake Conservancy (Room 128).
The Lincoln Institute will be engaged in a number of other discussions on key planning issues, including the following:

In addition, the Lincoln Institute and Next City will host a reception at The Vig Fillmore, Sunday, April 3, from 5 to 6 p.m.  And finally, the Institute will celebrate Armando Carbonell’s induction into the AICP College of Fellows at 4 p.m. Sunday, April 3.